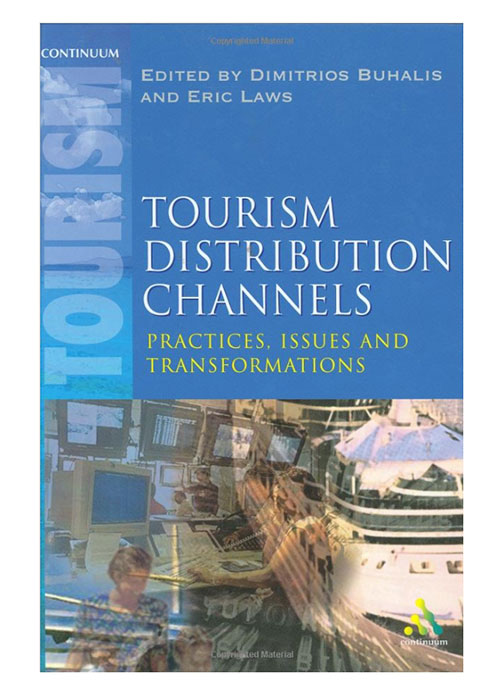 While the hospitality industry and air carriers are rather well addressed by academic literature (lately, the same case is with tour guides who act as small players offering `ancillary services’), other important service providers in tourism, such as tour operators and travel agents, are rarely a subject of scientific interest and research. In this regard `Tourism Distribution Channels’ represents a particularly valuable book consisting of 23 chapters authored by various authors. In their focus are intermediaries in contemporary tourism, primarily the tour operating and travel agency sector, but also some other factors of the tourism distribution mechanism such as the national tourism or destination marketing organizations. In sum, the topic of distribution is comprehensively covered (theory, practices, ethics, sustainability, prospects etc.) and illustrated with examples, case studies, tables and figures. Keeping in mind that the book was published in 2001, and that in the meantime transformations and changes in this field have been so rapid and profound, the reader should expect some already outdated facts (mainly those regarding the marketplace situation with tour operators). Nevertheless, the role of information technology, the Internet and GDSs in the tourism distribution has not been missed. The book is highly recommended for students of tourism management, but it would be very useful to all those interested in this constantly changing, rather fluid and, at least by academics, neglected aspect of tourism.

This website uses cookies to improve your experience while you navigate through the website. Out of these cookies, the cookies that are categorized as necessary are stored on your browser as they are essential for the working of basic functionalities of the website. We also use third-party cookies that help us analyze and understand how you use this website. These cookies will be stored in your browser only with your consent. You also have the option to opt-out of these cookies. But opting out of some of these cookies may have an effect on your browsing experience.
Necessary Always Enabled
Necessary cookies are absolutely essential for the website to function properly. This category only includes cookies that ensures basic functionalities and security features of the website. These cookies do not store any personal information.
Non-necessary
Any cookies that may not be particularly necessary for the website to function and is used specifically to collect user personal data via analytics, ads, other embedded contents are termed as non-necessary cookies. It is mandatory to procure user consent prior to running these cookies on your website.
SAVE & ACCEPT